Which is YOUR favourite Valentine’s Day spot? The UK’s most romantic destinations have been named and it’s Windermere that’s No1 followed by Loch Lomond and St Ives

The UK’s 40 most romantic destinations have been named – and it’s Windermere in the Lake District that’s No1.

The ranking came from a poll of 2,000 Britons who were asked to name the country’s most idyllic spots for couples in the lead up to Valentine’s Day.

In second place is Scotland’s Loch Lomond, while the Cornish beach town of St Ives is third. 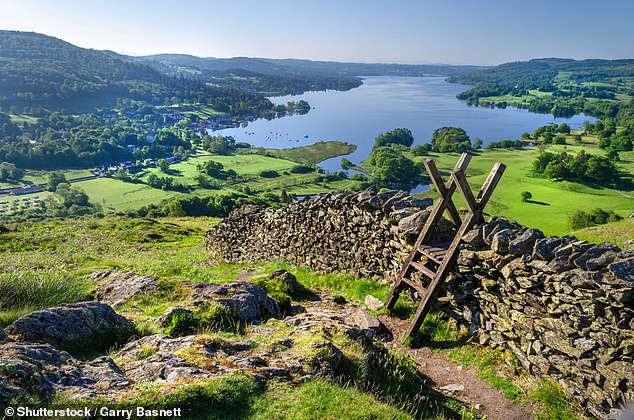 Windermere in the Lake District, pictured, which has been named as the most romantic destination in the UK

Taking fourth place is the Peak District National Park followed by the village of Grasmere, also in the Lake District, in fifth.

The picturesque Cotswolds village of Bourton-on-the-Water is sixth and Durdle Door in Dorset is seventh.

The rest of the top 10 is made up of Arthur’s Seat in Edinburgh (eighth), The New Forest in Hampshire (ninth) and Royal Crescent in Bath (10th).

Coastal destinations in the top 40 include Tenby in Wales, Langamull on the Isle of Mull and Liverpool’s Crosby Beach.

And although the research found that 64 per cent would opt for the countryside when thinking of romantic places, London sights including St Paul’s Cathedral, Little Venice and Greenwich Park are in the top 40. 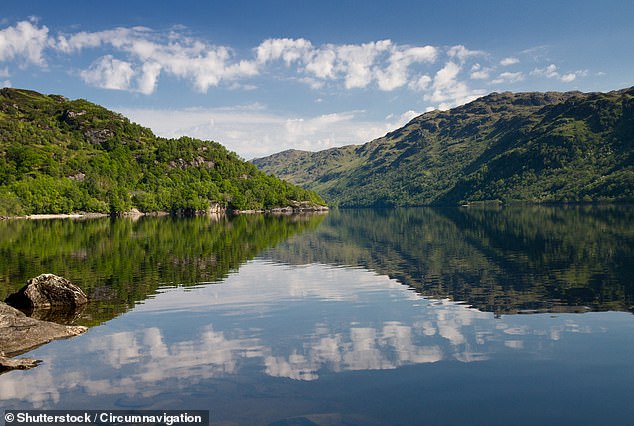 According to research, the second most romantic place in the UK is Loch Lomond, pictured, in the Scottish highlands

The research, commissioned by Premier Inn, also revealed that the ideal romantic place has a viewpoint to watch the sunset (61 per cent), a quiet and secluded area (58 per cent) and greenery (44 per cent).

More than half of those polled said it’s important to visit romantic destinations with a partner to keep the relationship strong and 47 per cent had revisited a favourite spot.

A fifth even admitted to visiting the same scenic place with a previous partner.

And an eighth of those polled, via OnePoll, went to a romantic destination on a first date.

The research also revealed that the average couple goes on two sentimental weekends away together each year, costing around £187 each trip. 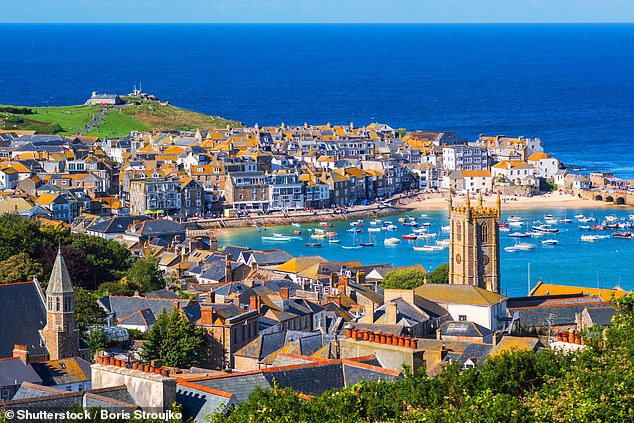 The Cornish beach town of St Ives, pictured, is named as the third most romantic spot in the UK

And while 63 per cent said they think of places as romantic if they have memories of visiting there with a partner, more than half said even if they haven’t been somewhere, they can tell its romantic potential based on photos.

A fifth said they choose to visit destinations they’ve seen on TV or in films, and a quarter revealed they want to show their other half places they visited as a child.

A third said wanting to cover off areas of the UK they’ve never seen makes them decide where to travel to with a partner.

Meanwhile, half of those polled said they believe UK romantic spots are underrated compared to those abroad. 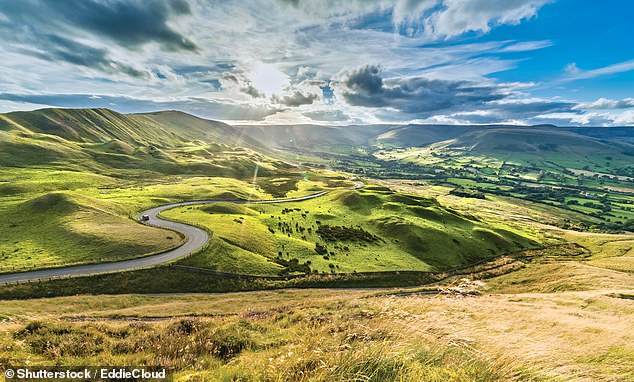 Taking fourth place on the list of the most romantic spots in the UK is the Peak District National Park, pictured 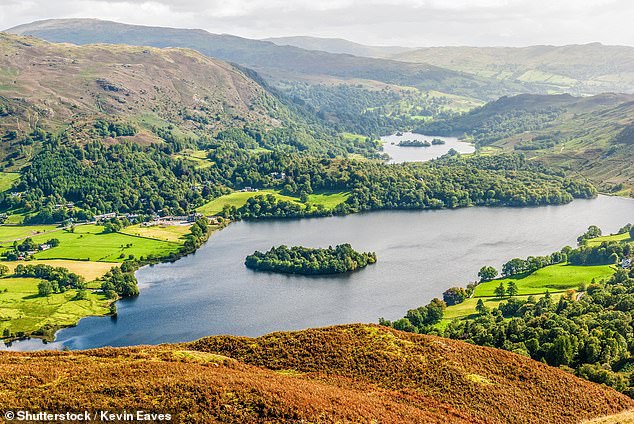 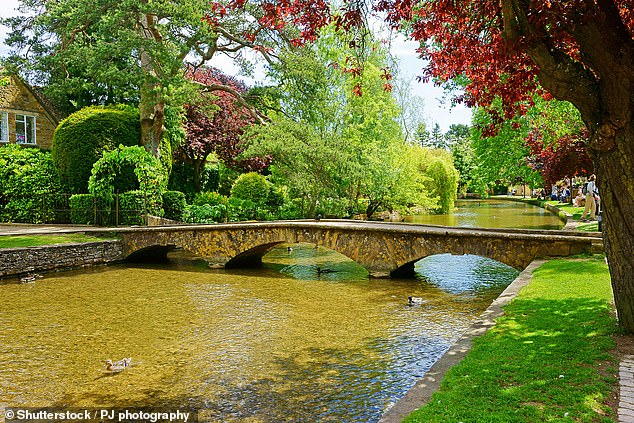 Bourton-on-the-Water, pictured, has come fifth in the ranking

Simon Ewins, managing director for Premier Inn UK, said: ‘In the lead up to Valentine’s Day it’s great to celebrate what we have on our doorstep.

‘The UK clearly has lots of romantic destinations for days out or weekends away to escape the busy every day and enjoy quality time away.

‘Whether you opt for a city skyline or secluded green space, there are plenty of idyllic spots to enjoy.

‘It’s important not only on Valentine’s Day but throughout the year to experience new destinations with a partner and enjoy what the UK really has to offer.’

THE 40 MOST ROMANTIC SPOTS IN THE UK

20. Stow on the Wold, Cotswolds