A TOURIST has slammed a restaurant for serving him a "salad" which cost €6 (£5.40) – only to receive a plate of tomatoes.

Posted on Reddit, the user Gandi14 explained they were served it after a hiking tour in Amrum, an island in Germany. 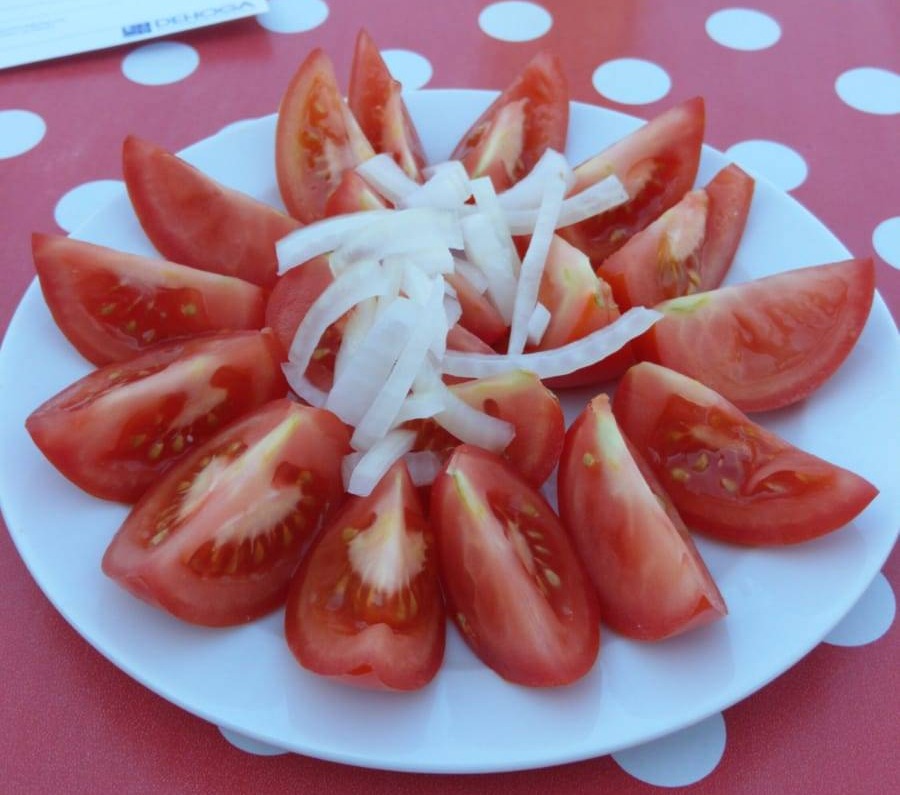 They wrote: "This salad for 6 euros after a long mudflat hiking tour."

The picture shows a full plate of chopped tomatoes, with a few slices of onions thrown on top.

He added that there was no seasoning or dressing on the salad at all.

Social media users were just as outraged at the salad, with one writing: "You got ripped off.. this is s***** food for 6 euros."

Someone else added: "So it's just tomato and raw onion? That's not a salad, that's just throwing stuff on a plate."

Another agreed: "Jeez. Not even a bit if salt and pepper. That's rough."

One person joked: "That salad is sadder than my life."

Others were less sympathetic, claiming that he shouldn't have ordered it in the first place.

Someone asked: "Didn’t you read the menu or ask about it before you ordered it? I don’t know about you, but I read about things before I buy them, especially my food."

Another wondered: "Why order a salad after a long mudflat hiking tour?"

It's hardly the first time tourists have been ripped off when ordering food abroad.

Two tourists slammed a "disgusting" restaurant in Rome after being charged €429 (£381) for their meal of two plates of spaghetti and some fish.

Here is how to avoid being scammed when eating abroad.