There will be a big change in store when the European cruise industry returns to full throttle.

Instead, they must dock at Porto Marghera, an industrial port located about 6 miles from their previous stop at St. Mark’s Square. The rule applies to passenger ships weighing over 40,000 gross tons, according to the Italian Ministry of Infrastructure and Sustainable Transport.

In a tweet, Culture minister Dario Franceschini called the cruise ship ban a fair decision that has been awaited for years

Calls for a cruise ship ban reached a fever pitch in 2019 when an out-of-control cruise ship rammed into a dock and a tourist river boat on the Giudecca Canal, injuring five people. 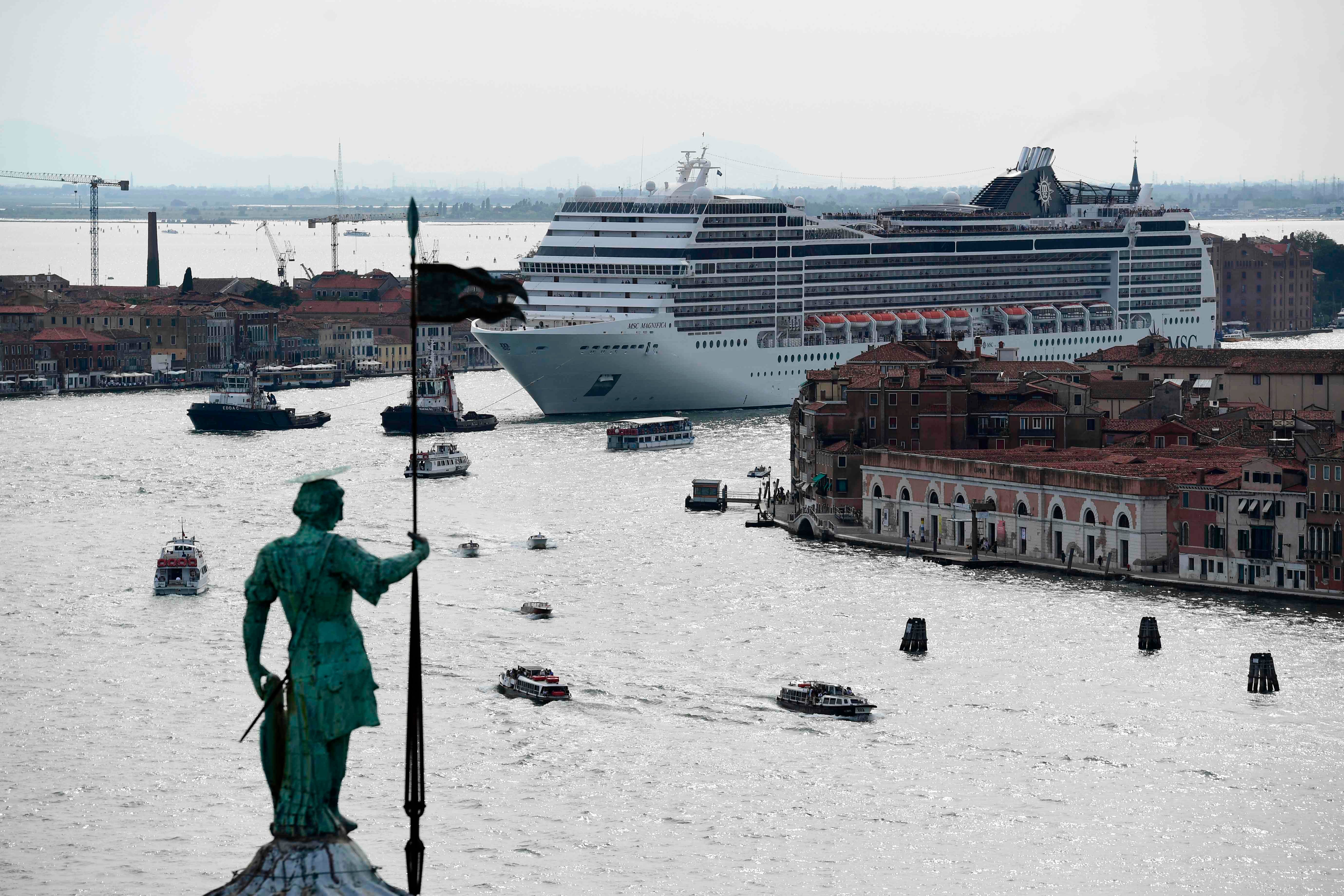 There have been increased calls to ban large cruises ships from Venice's city center since the MSC Opera crashed into a dock and tourist boat there in June 2019. (Photo: Miguel Medina/AFP/Getty Images)

According to the ministry’s website, the Port Authority of the Northern Adriatic Sea will try to find a sustainable solution that reconciles needs of business with that of protecting the city’s heritage and its waterways.

During the past year, water quality in the Italian port city’s famed lagoons has improved, a change linked to the year-long absence of large passenger ships due a shutdown of the cruise industry amid the coronavirus pandemic. Last month, dolphins were even spotted in Venice’s Grand Canal.

The ban on large cruise ships is the city’s latest attempt to control overcrowding. In 2018, Venice announced a tax on all visitors passing through the city center, expanding on an earlier charge applied to overnight stays.

Prior to the pandemic, about 25 million people visited Venice per year, with about one-fifth spending the night in the city.